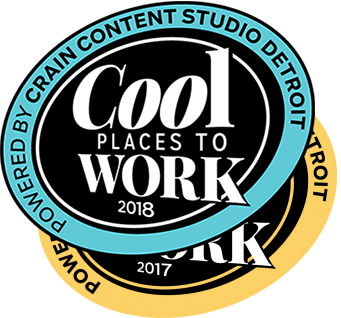 As an economy driven by consumer spending, we can expect to see the retail sector of the economy align pretty closely with Gross Domestic Product growth. In 2015 this came to fruition as retail sales stayed fairly consistent with GDP growth rates –the annual increase in GDP was 1.4% while retail sales increased by 1.6%. The retail sector of the U.S. economy accounts for $4,708.3 billion of GDP, which is 26% of total GDP.

The substantial correlation between GDP and the retail sector indicate that as long as there is economic growth, we can expect to see similar increases in retail spending. While there is growth in retail sector sales, that does not necessitate an increase in employment numbers as online stores replace traditional retail shopping and retailers may not be able to afford a potential hike in the price of labor.

The Internet has been used as a market for consumer goods for well over a decade now and this trend shows no signs of slowing down.  Online sales have increased every year and in 2015 grew by 14% from the previous year, totaling $341.7 billion. This trend in the retail sector of the economy is likely to reduce the demand for traditional retail employees, but also gives way to an increase in labor demand for the e-commerce subset of the retail sector.

Additionally, the demand for retail labor may take a hit as the cost of labor is expected to rise in the near future as many cities and states are raising their minimum wage rate and other federal regulations such as the Affordable Care Act make it more costly to hire full time employees.

The numbers for the first few months of 2016 have been very promising for the retail sector as retail sales for the months of January and February are up 3.3% from last year. This is rather uncharacteristic from past trends, as retail sales have far outpaced GDP growth so far this year. It is too early to tell if this trend will continue and it would not be surprising to see retail numbers drop from their current growth and fall more in line with GDP numbers.

With the amount of online sales increasing every year and more and more people being comfortable with using technology, we can expect to see the growth in online shopping to continue. This is a trend the industry has embraced as virtually every major retailer offers online shopping as they try to gain a bigger part of that market share. The increase in shipping demands has also lend to retailers focusing more on their supply chain and distribution to get their product to consumers as fast and cheap as possible.

Jobs in retail tend to have a higher turnover rate than other sectors of the economy, so we can expect to see new workers entering in that sector of the economy despite potential increases in labor costs. However, these also tend to be low-skilled, entry-level jobs and if the price of labor rises too much we may see less than desirable job growth in the retail economy as a ratio to consumer spending.

Where is the Retail Jobs Growth?

Internet sales have grown every year and will continue to grow into 2016 as the U.S. consumer becomes more tech-savvy and consumer confidence in online shopping rises. With this trend continuing, retailers with more advanced supply chains and better distribution systems will have a significant advantage in the market. Shipping has now become a vital aspect of retail as online consumers expect faster, accurate deliveries. This new trend in the market has sparked retailers to innovate in their supply chain and shipping methods – as can be seen by companies like Amazon experimenting in drone use. Advanced distribution in the modern economy allows for large retailers to centralize much of their sales, eliminating the need for outlet stores as products are shipped directly from warehouses. Efficiently run distribution thus can dramatically cut overhead costs for retailers.

The cost of labor will continue to increase and with the popularity of new minimum wage legislation gaining traction it may not be long until employers are forced to pay wages that are not sustainable with their current business model. According to the Bureau of Labor Statistics (BLS), the median hourly wage of retail workers is $10.47 per hour. This means almost half of all retail workers make less than $10 an hour, so if the minimum wage is raised to that rate we can expect to see a reduction in the number of employees are willing to hire.

Another consequence of labor becoming more expensive is that machines will replace it, which is a growing trend among supermarket retailers as self-checkout lines are replacing traditional cashiers. As consumer online use continues to grow and overhead costs for retail stores rise expect to see retailers try to centralize distribution as much as possible to cut costs and stay economically competitive.

Send Us Your Resume

Many of our open jobs are not listed so send us your resume below by clicking the Apply Now button.

Let’s Get Started On Your Search Project

Contact us to kick things off. This will be easier than you think!